Berlin does not have a National Theatre – a pretentious, high-end sanctuary for preserving and re-interpreting national theatrical and dramatic heritage. Berlin has its Volksbühne: a people´s theatre. Dubbed as the “most exciting stage in Germany”, the plumped building defining and defying the Mitte´s Rosa-Luxembourg Platz was originally designed by a jewish architect Oskar Kaufmann at the dawn of the First World War in 1914.

Volksbühne was my first acquaintance with the German theatre: I hardly spoke a word, but was spending hours and hours staring at its tormented interpretations of Dostojevski´s texts, its philosophical renditions of famous novels, its (daily) political satire, its aggressiveness. With time I understood more and – I knew less. Volksbühne took me with it in its deep, intellectual, perpetual, haunting circle of the human soul: untamed, unbrushed, uncompromising, unforgiving – even in such a “civil-ised” society as today´s Germany.

People always ask me: “How did you learn German?”. “In the Volksbühne”, I usually say. This is, of course, rhetorics. I had a friend working as a costume designer there. There were not very many Germans not treating my like a foreigner: she was definitely one of them. Once she understood I started coping with the language, she tuned into German and never spoke English to me again. I was stuttering, stumbling, rumbling and laughing at my German. She was consistent and uncompromising – and provocative, just like Volksbühne itself. I was her subject – an integration issue – but, she approached me wholeheartedly. Then, after the accomplished mission – she took off in search for her own happiness. Volksbühne sometimes eats its own children, and one should know when to spell “the end”.

The Volksbühne pieces mostly tempted my patience and tolerance, but their musical stage was just amazing. Volksbühne always knew how to party – and how to throw a party. So, when the dear friend of mine came back for a centennial celebration – I was there. Except, ten years later: it was another me. And, I had a plus one: my Nikon FX SLR digital. 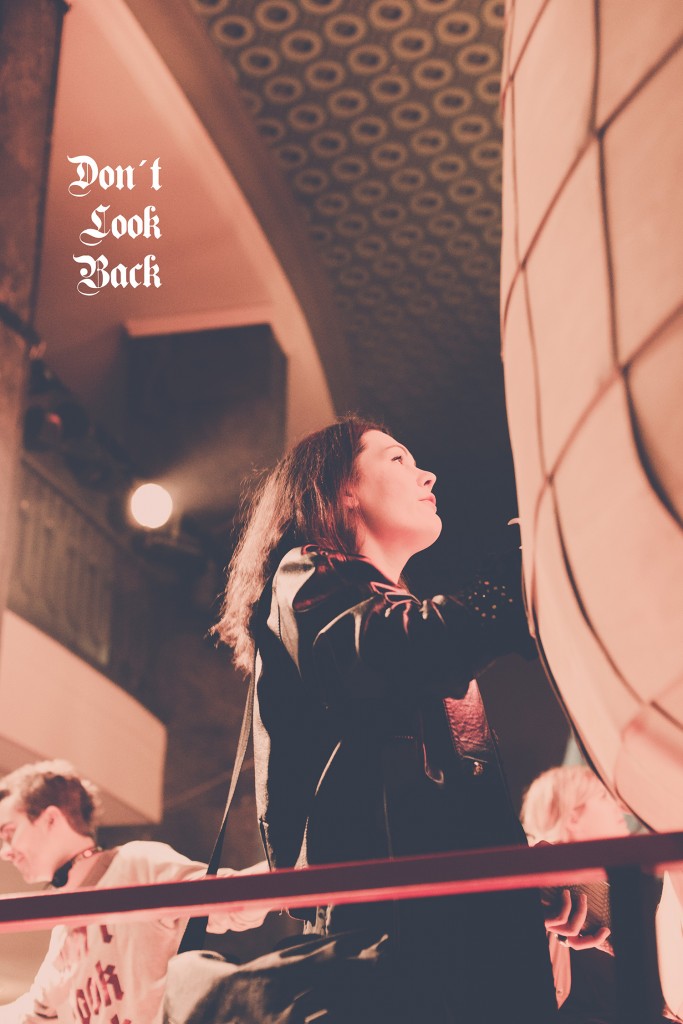 Volksbühne turned hundred but I missed the first 90.

Happy Birthday Altes Haus! – the stage was ready. the chairs were out.